In the spirit of women’s month, Salt Employee Benefits recently supported the plight of local female boxers by donating food and toiletries to more than 30 women, many of whom depend on boxing events to secure an income.

According to Joyce Kungwane, Chairperson of the Gauteng Promotor’s Association, the ongoing COVID-19 pandemic had an extremely dire effect on all sports, but none more so than female boxers. “Because the sport is not in the public eye as, say, the Banyana Banyana football team, we cannot rely on big sponsorships to ensure an ongoing income for our boxers,” she said. “So, I had to take steps and approach Cosatu for support for our boxers who are trying to support themselves and their children at home.”

When she heard about their plight, 2nd Deputy President of Cosatu, Louis Thipe, was reminded of previous conversations between herself and the CEO of SALT EB, Eddie Strydom, and the socially responsible work Salt is doing in so many communities.

At a recent handing over ceremony Reshna Ramgovind, Head of HR and Communications at SALT EB, reiterated the positive influence and impact sport has on the community. “We here at Salt are all about female empowerment and our donations are in line with our commitment to the communities where we operate in,” she said. “We are currently on an aggressive drive to provide food and essentials to communities in Gauteng, KwaZulu-Natal, as well as the Eastern Cape and Western Cape.”

According to the president of Cosatu, Zingiswa Losi, the union wishes to celebrate the women boxers during Women’s Month and to be part of the proposed gender-based violence- and femicide programme where defence skills can be transferred during the training of young women. “At the same time, by participating in sport and taking defence classes, our young women will acquire discipline, and at the same time learn to self-love,” she said.

Losi also announced that a celebration and distribution of support to women will be held on 29 August 2020 when all the boxers will be attending the event. “We, as Cosatu, will also make contributions, but you will have to be there to see what it is,” she told the audience.

To accept the donation on behalf of the boxers, current South African champion Khoiosa Ndobayini and Lilian Molala (Gauteng), Ellen Simwaka (Malawi) and Sindisiwe Ncube (Zimbabwe) were in attendance. They were accompanied by their coach and mentor, former World Bantamweight champion, Lehlo “Hands of Stone” Ledwaba. 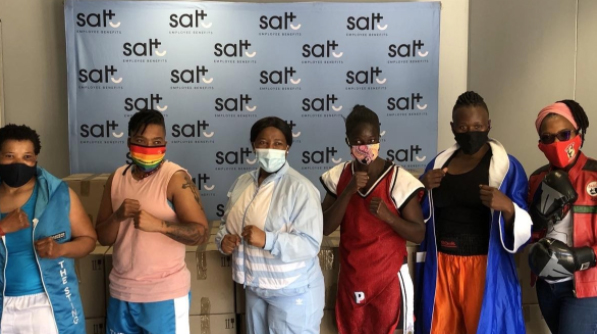 Photo 2: The people who made it happen are (l-r): Louise Thipe (2nd Deputy President of Cosatu), Joyce Kungwane (chairperson of the Gauteng Promotor’s Association and Reshna Ramgovind (Head HR and Communications, Salt EB).